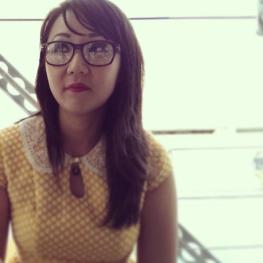 Lia is German and likes sausages. This is the honest truth. She also loves cooking and experimenting with new recipes, because that’s the kind of strumpet she is. When she is not flushing down artisan cheese with gallons of red wine, she writes. Sometimes both at the same time, those are the better times. Follow @missconfig for pre-watershed rudeness and read her personal blog missconfig.com for some opinionated nonsense.
See Lia’s Posts 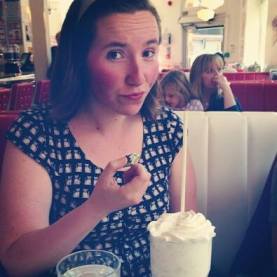 Shonette is a life-long appreciator of all things food-related. She hops from country to country trying any local cuisine or suspicious-looking liquer she can. After a couple of years honing her vegan cooking skills, she is now on a mission to try her hand at more experimental and meaty recipes. Shonette cannot bake.
Follow @shonette for assorted tales of late night rum cocktails and her blog A Life Less Organised for her ongoing quest for the best tapas in Bristol.
See Shonette’s Posts 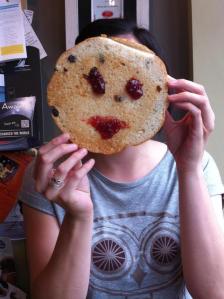 Cat is the obligatory picky eater of the group. At first this was voluntary, as a 14 year stint as a vegetarian with an insatiable love for tofu. When a rogue sausage caused an abrupt end to her veggie ways, her pickiness became involuntary, as her stomach decided gluten was now off the menu. Luckily, more and more restaurants are jumping on to the gluten-free bandwagon, so eating out is a top priority for Cat, especially as her meat cooking skills currently only go as far as stuffing a chicken with cheese.
See Cat’s Posts

51 thoughts on “The Saucy Ladies”